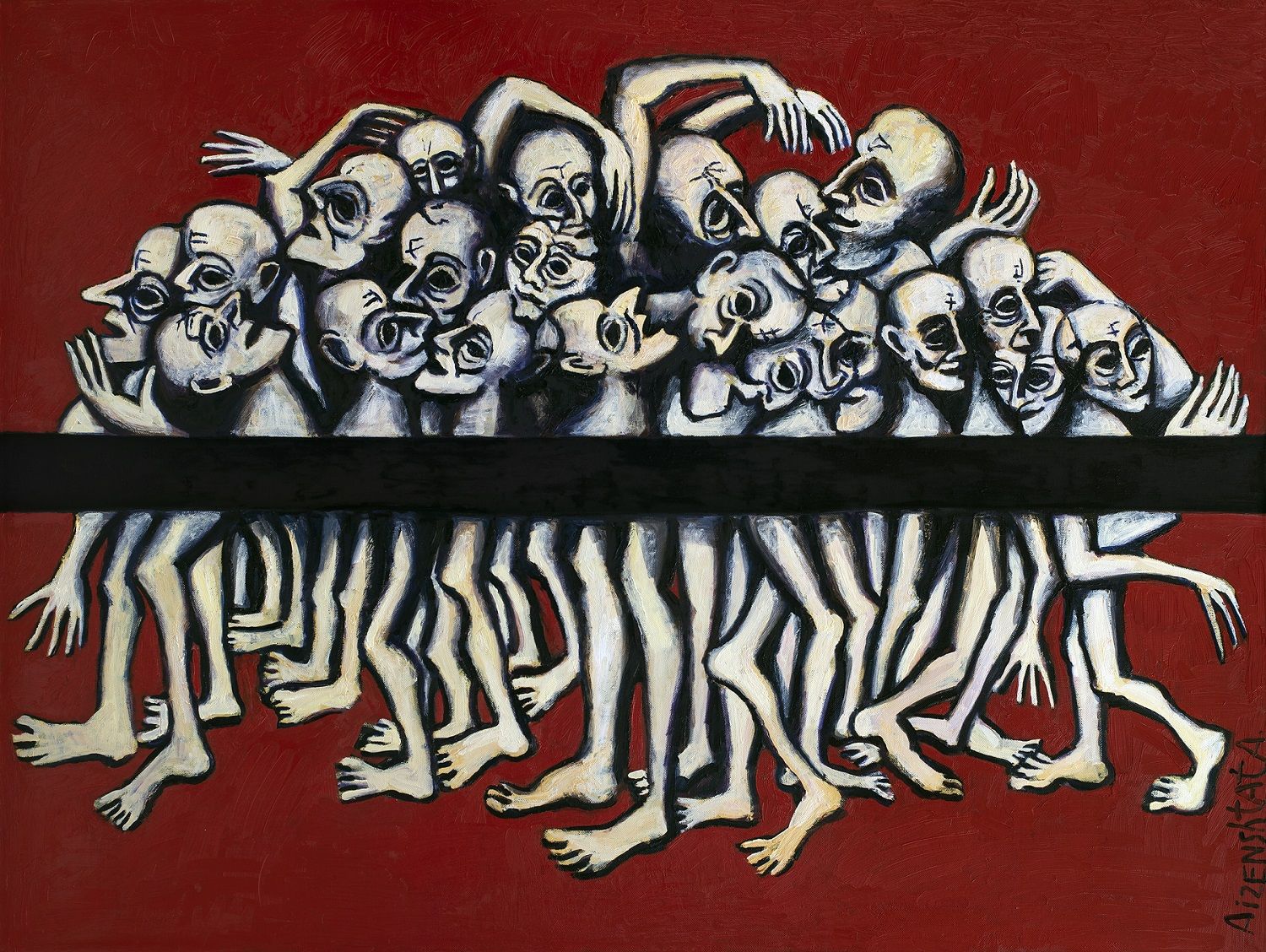 In 2020 Alexander Aizenshtat created a series of artworks “Aktion T4”. Aizenshtat’s series is the result of a sustained artistic reflection on the Nazi extermination project of the same name that specifically targeted such population groups in order to preserve the purity of the Aryan race. Officially, this so-called “Cleansing” was carried out from 1939–1941, but in reality it continued well into 1945 and claimed the lives of appoximately 300,000 innocent victims deemed unfit for rehabilitation by the Nazis who saw them as an economic burden and, therefore, an obstacle to be eliminated in establishing the Third Reich.

After encountering these terrifying pages of world history, Alexander Aizenshtat decided to dedicate a series of 27 paintings and 10 graphic works to “Aktion T4”. Here, the nameless victims of euthanasia are depicted alongside their executioners with grotesque, often horrifying, expressions on their faces and intentionally deformed body language in a manner evocative of German Expressionism. The Nazi killing-machine responsible for the program’s successful execution not only groomed soldiers, but doctors and nurses as well, to blindly follow orders and deliver death sentences, which in turn robbed them of their own humanity. Perhaps because of this, both the murderers and their victims share a common color palette, referencing the state flag of Nazi Germany.  Broad strokes reminiscent of metal rods create an additional barrier between the subjects and viewer, while intensifying the emotional effect and offering even more space for interpretation. “Aktion T4” is at once a study of human nature and an attempt to look at timely – or timeless – problems through an artistic lens.